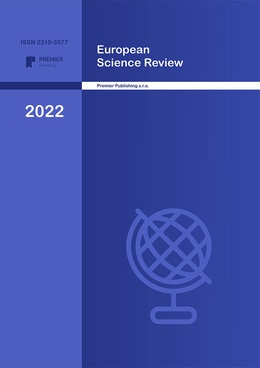 Introduction. Deviations in the intake of macro and microelements by the human body, which adversely influence their ratios affecting their activity in the body, reduce or increase its resistance, and therefore the adaptability. The long-term chemical load has a significant impact on the content of the essential microelements in the body of people living in the Aral Sea region.

The purpose of the study. Determination of the content of macro and microelements in children’s’ hair living in the Aral Sea region is conducted.

Determination of the content of essential microelements (chromium, manganese, iron, cobalt, copper, zinc, selenium, iodine, etc.) in the hair samples was carried out in the laboratory of activation analysis of the Institute of Nuclear Physics of the Academy of Sciences of the Republic of Uzbekistan by instrumental neutron activation analysis (INAA).

The results of the survey: While studying the elemental composition of children’s hair from the  abovementioned groups I, II, III and VI an imbalance in macro and microelements of varying degrees of severity was revealed. All examined children exhibited a statistically significant decrease in the content of Cu, Co, Zn, I and Cr in groups II, III, and VI. This indicates the increased probability of developing anemia and disorders in the gastrointestinal tract, endocrine and immune systems.

Comparison of the microelement analysis results of the hair samples of children and their parents (Tables 1 and 2 respectively) revealed that parents also exhibited  a deficiency of Cu, Co, Cr, I, and Br. At the same time, an increased content of toxic element -uranium was revealed in children and parents, which indicates the occurrence of environmental pollution in the Aral Sea region.

Conclusion. The study confirms the potential promise of screening studies of macro and microelements in biosubstrates in various population groups in order to correct both the elemental status and improve the indicators of population health and quality of life in general.

Testing of various biological environments for the most common chemical environmental pollutants allows us to develop ways of preventing and correcting detected violations.